Developer Stephen Diamond is lowering his sights. The head of Diamond Corp., the company that created the 51-storey Selby near Bloor St. E. and the 48 floors at 5 St. Joseph St., wants to focus on the kind of housing that planners and policy-makers have long lamented as too scarce in the city — the elusive “missing middle.”

It is the midrise apartments and townhomes that supply the middle ground between downtown towers and long suburban commutes for families that want a patch of grass outside their door. 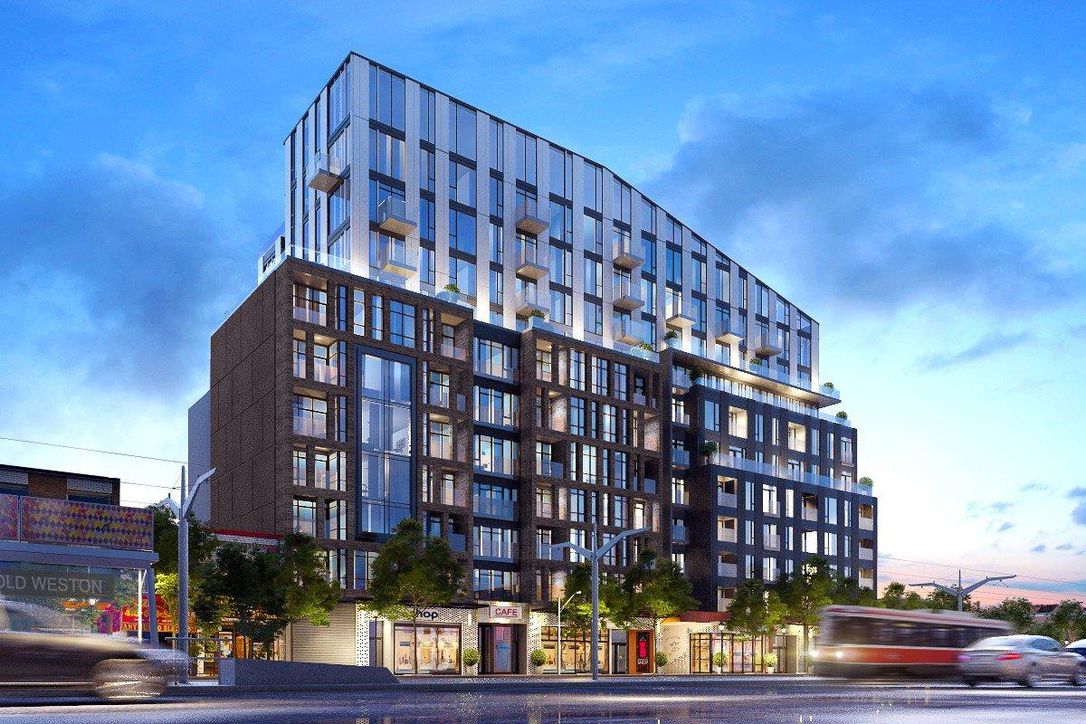 But it is a challenging format for the development industry, Diamond says. If Toronto wants builders to moderate their towering ambitions, he suggests the city raise its own sights higher than six or seven storeys.

“I think you need a minimum of eight storeys,” he said.

“If the city wants to encourage this form of housing, it has to look at different incentives and financial structures … in addition to looking at the zoning regulations and speeding up the approval process for these smaller projects,” Diamond said.

He has partnered with another development powerhouse, Ken Tanenbaum, vice-chair of Kilmer Van Nostrand. He is part of a group that wants to see a convention centre and relocated Ontario Science Centre at Exhibition Place and Ontario Place.

The first missing middle project in their joint Diamond-Kilmer Developments portfolio will be an 11-storey condo and five-block townhome development at St. Clair Ave. W. and Old Weston Rd.

Reunion Crossing will have the St. Clair streetcar on its doorstep. Its amenities will include a playground and splashpad for kids, and adult conveniences such as work benches.

Diamond is convinced there is strong demand for ground-level housing for people who don’t have $1 million. But finding sites that work is challenging, he said.

Like any other kind of project, missing middle has to deliver a profit to the builder.

“It’s more economical to build 30 storeys. You repeat the same floor plate so your costs go down, you have one elevator bank,” he said.

Going to “a reasonable” 11 storeys on the Reunion Crossing condo, “helped with the overall viability of the project,” Diamond said.

Filling the missing-middle hole in Toronto’s housing market also addresses some of his civic concerns, says the recently named chair of Waterfront Toronto, the agency charged with revitalizing Toronto’s lakefront.

“What we’re really doing, particularly when we look around the core, we’re creating a city for the wealthy and we have to look at ways to create this differentiation and a more affordable product,” Diamond said at a recent building industry event.

Meantime, he said, “our inner suburbs, particularly in Toronto, are not being redeveloped and that is a particularly serious issue I think we have to uncover in the city.”

Reunion Crossing sits somewhere between the core and the ’burbs in the Stockyards District.

But Diamond says it is the kind of development that would be ideally suited to places such as Etobicoke and Scarborough and Diamond-Kilmer has some other sites on the horizon.

“These projects are still expensive to build so you have to be able to find land that is less expensive, which is out of the core,” he said. “But my view is as well as looking at the zoning regulations, they should prioritize them in terms of the speed of getting them through the system, which adds a lot of cost.”

The city doesn’t monitor the number of midrise buildings that are developed.

There is also no strict definition of what comprises a midrise building. But the city has Mid-rise Building Performance standards that guide building features such as step backs, angular planes and height.

The general rule is that a building is as tall as the width of the right-of-way. St. Clair Ave. W. has a right-of-way of 30 metres wide. That translates to a nine-storey building of about 30 metres in height.