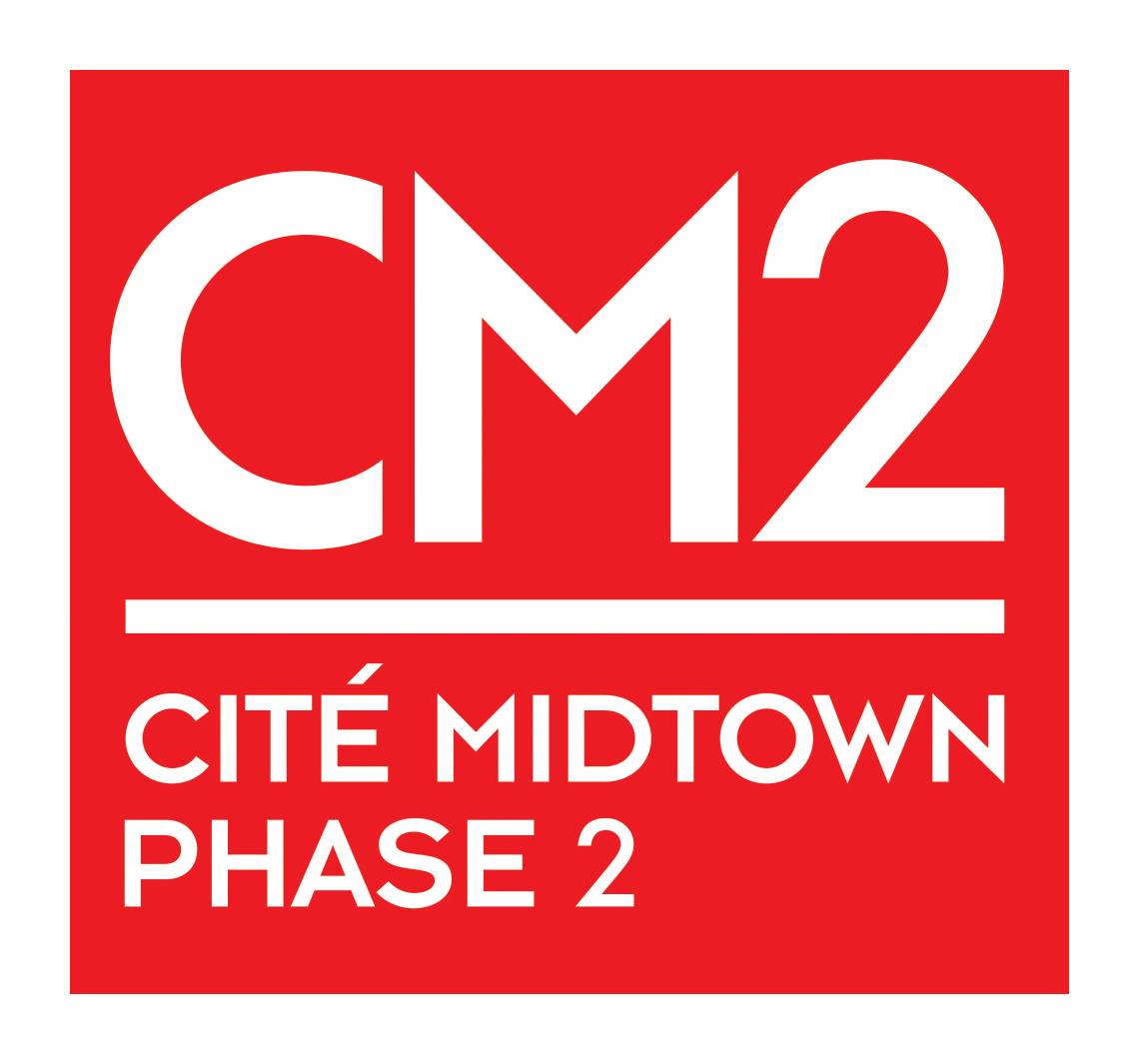 Brightwater is a 72-acre landmark waterfront community along Lake Ontario in Port Credit, Mississauga. Historically, these lands were home to a large-scale oil refining operations and a former brick quarry. In 2016, Kilmer Brownfield and Kilmer Infrastructure led the acquisition of these challenged lands with its development partners, DiamondCorp, Dream, and Fram/Slokker, which collectively form the Port Credit West Village Partners. A significant site rehabilitation program was completed over the course of two years to support its transformation into a vibrant urban mixed-use village. Working closely with community stakeholders and the City of Mississauga, a master plan and re-zoning application was approved in 2019 that included approximately 2,500 mid-rise and high-rise condominium apartments, 450 townhomes, 18 acres of parks, 150 affordable housing units, as well as 400,000 sq ft of commercial, retail and office space. Construction started in 2021 and first occupancies are anticipated in 2023.
www.experiencebrightwater.ca

Kilmer Brownfield has repositioned and re-energized the site of this commercial building (5 acres) with a multi-tenanted flex –office design located minutes from Toronto Pearson International Airport. Prior to the Kilmer acquisition in 2012, the 70,000 sq ft single-storey building sat vacant after being utilized by various manufacturing companies since its construction in the 1960’s and continued use until the mid – 2000’s. Kilmer implemented a significant restoration program for the site over a two-year period and today three well established tenants occupy 100% of the space on long-term leases.

Daniel’ FirstHome™ is a vibrant 12-acre master-planned community in Toronto that is being constructed by Daniels in partnership with Kilmer Brownfield and DiamondCorp. The development site was the location of the former Humber River Regional Hospital and its subsequent demolition allowed for over 90% of the building materials to be recycled into the new residential development. This includes 624 residential units in a mix of mid-rise condominiums ranging in height from four to six storeys, as well as nine three-storey townhome blocks (stacks and through towns). Daniels’ FirstHome™ program is designed to be affordable for first time home buyers in the GTA. This development will also include a handful of units completed for Habitat for Humanity families. A major attribute of this community scale development is a significant green space and parkland contribution, featuring a new nature themed public park that will connect to the existing Woodborough Park, walking trails and a new playground. Residents of Keelesdale will be steps away from higher-order public transit, including the upcoming Eglinton Crosstown LRT. Construction of the first phase started in 2018 and first occupancies are anticipated in 2021.
www.keelesdale.com

Reunion Crossing is the redevelopment of a former city works yard, gas station and car dealer along St. Clair Avenue west (at the intersection of the thriving Junction, Corso Italia and Stockyards neighbourhoods) and is comprised of 249 residential units, including 153 mid-rise suites and 96 urban towns. The award-winning design complements the existing established neighbourhood and will also provide 20 townhomes in partnership with Habitat for Humanity. In addition, Reunion Crossing will include over 5,000 sq ft of retail, residential amenities, privately owned public spaces, and a new public park that will feature a splashpad. Construction started in 2020 and first occupancies are anticipated in 2022.
www.reunioncrossing.ca

Kilmer Brownfield, in partnership with DiamondCorp acquired this site in 2020 which is 1.2-acres in the Broadview-Danforth neighbourhood, just north of the Broadview Station transit hub. This land parcel includes the former Toronto Estonian House and Chester school, which is a designated heritage building. The partnership has submitted a planning application to intensify the site into a uniquely designed midrise building that will incorporate and restore the Chester school at its base for retail and amenity use. A total of 223 residential units as well as onsite parkland have been incorporated to fit into the surrounding established neighborhood, which includes low-rise and high-rise built form along the Don Valley ravine system. Construction is scheduled to commence in 2022.

Kilmer Brownfield, in partnership with DiamondCorp (together, Diamond Kilmer) acquired this 19-acre site in the Upper Beach neighborhood at the intersection of Victoria Park Avenue and Gerrard in 2018. The site is currently vacant and historically was the location of a former pit/quarry that was filled with various materials once operations ceased. Diamond Kilmer undertook amendments to the Official Plan and Zoning Bylaw to support a vibrant, master planned community with a mix of residential uses, ancillary commercial space, generous public parkland and a well-connected public realm, which were approved by City Council in 2021. This vibrant community will include two new public streets, nearly 6 acres of parkland and 1,052 residential units in a mix of midrise and townhouse units, of which 120 residential units will be affordable (58 townhomes to be delivered by Habitat for Humanity and 62 rental units to be delivered by the City of Toronto). To realize this vision, significant site grading, servicing and restoration is required, where the first phase of site preparation commenced in 2021.
www.birchleypark.com

In partnership with DREAM, Kilmer secured through a Public-Private-Partnership with Infrastructure Ontario the right to construct the Athletes Village for the 2015 Pan Am / Parapan Games, and its legacy community the Canary District. Upon completion of the games, the Canary District will be a visionary community, with thousands of new condominiums and affordable rental units, 40,000 square feet of retail, dining, sports, health and wellness, art and culture. This award winning community will advance the Waterfront Toronto precinct plan and add to Toronto’s vibrant downtown east.
www.canarydistrict.com

Quickload CEF Inc. is the customs examination facility (CEF) at the container port of Prince Rupert, British Columbia and is operated by Kilmer under a long term concession. In addition, Quickload provides transloading, container stuffing, warehousing and break bulk services to import and export businesses.
www.quickloadlogistics.com

In 2009, Kilmer Brownfield acquired a13-acre former aerospace manufacturing facility at the gateway of Ville St. Laurent in Montreal, QC. Kilmer Brownfield’s development plan included the building demolition and site rehabilitation of the former industrial/manufacturing facility and the re-zoning required to achieve a transit/pedestrian-oriented development. This project is intended to achieve LEED N.D. master-community certification, a first for Ville St. Laurent. Once city approvals were obtained, the development site was sold to Urban Capital who named the project Cité Midtown. The site will include 740 mid-rise condominiums and townhomes, as well as 86 social and 62 affordable units, amenity retail, a two-acre public park, an outdoor pool and edible landscapes. Phase 1 of the project is currently under construction.
www.citemidtown.com

Kilmer Brownfield re-developed this former service station in order to construct a unique 6-storey mid-rise building that is located in the heart of the Beaches in Toronto, just steps from the Woodbine Park. The site, adjacent to the Queen Street Car, is the gateway to the Beaches neighborhood. The building was designed to enhance this prominent intersection and while sensitive to the landmark historic fire station which neighbors the property to the east. In 2015, Fieldgate Urban acquired this boutique residential mixed-use project and named the development Heartwood. The project is currently under construction and is scheduled for completion in 2021.
www.heartwoodthebeaches.com

Kilmer Brownfield, in partnership with DiamondCorp acquired this former service station at the prominent intersection of Sherbourne and Wellesley in downtown Toronto to transform the site into a high-density condominium tower. The site was approved by the City for a 38-storey high-rise development with 360 units given its proximate location to transit and dedicated cycling lanes. The development project included amenity retail at its base and 8 units for Habitat for Humanity. The City approved project was sold to Alterra and 159SW is currently under construction and occupancy is expected for 2021.
www.159sw.com

In 2010 Kilmer Brownfield purchased the lands and building and completed a significant site restoration program that included demolition, site servicing, remediation and heritage preservation. Kilmer also worked with the surrounding neighbourhood and City to rezone the property into a mixed-use mid-rise community steps from the Guelph Go Transit and VIA Rail station. This historic property has had a long and important commercial history as an employer in the city of the Guelph, first as a distillery, and subsequently as a woolen mill, foundry and appliance manufacturer. A local builder, Fusion Homes purchased the lands and is building out this award-winning development of 782 townhomes and condos. Metalworks is a 9-acre mixed use redevelopment located on the east side of downtown Guelph on the east banks of the Speed River.
www.themetalworks.ca

Kilmer Brownfield, in partnership with DiamondCorp, acquired this former automotive parts manufacturing site (10.6-acre) to create an enclave of urban towns proximate to transit networks in the heart of the historic Village of Long Branch in Etobicoke. The partnership remediated and rezoned this former industrial site with over 400 townhome units, amenity retail and associated parkland to animate the Lake Shore corridor. Minto purchased and built out the lands after the re-zoning and site restoration was completed.

In partnership with industry leaders HMSHost and Canadian Tire, Kilmer was awarded in 2010, through a Public-Private-Partnership with Infrastructure Ontario, a long term concession to design, build and operate 23 ONroute service centres along Ontario’s 400 series highways. The centres are open 24 hours a day, 365 days a year, and provide approximately 35 million travelers with a safe and world class environment for rest, fuel, washrooms and food. In May 2019, Kilmer (together with HMSHost) sold its investment in the ONroute service centres to a consortium led by Arjun Infrastructure Partners and Fengate Asset Management.
www.onroute.ca

In partnership with InstarAGF, JP Morgan Asset Management, and Partners Group, Kilmer acquired the state of the art passenger terminal at Billy Bishop Toronto City Airport (BBTCA). BBTCA is the ninth busiest airport in Canada, serving 2.4 million passengers in 2014. The airport is a major economic engine for the Greater Toronto Area, generating approximately $1.9 billion in total annual economic impact and supporting approximately 5,700 direct and indirect jobs. It is accessible to approximately 6.6 million residents within a one-hour drive. In 2013, Billy Bishop Airport was recognized by Skytrax as one of the world’s best small airports.
www.portstoronto.com/airport.aspx

Kilmer, operating as KVN Construction was a leader on the Canadian heavy civil construction scene through to the end of the 1970’s. In 1980, with the purchase of the Warren Paving and Materials Group (“Warren”), the firm shifted to construction that had more of a perennial bias in the maintenance of our nation’s roads. Over the next 20 years, Warren grew through a series of acquisitions and vertical integration to over 2,000 employees and 1 billion tonnes of aggregate reserves. In 2000, Kilmer merged the Warren business into Lafarge, a global leader in construction materials, in a cash and stock transaction, which made Kilmer the second largest shareholder in Lafarge North America (“LNA”). In 2006, LNA was purchased in its entirety by Lafarge SA of France, taking Kilmer out of its active investments in the construction materials space.