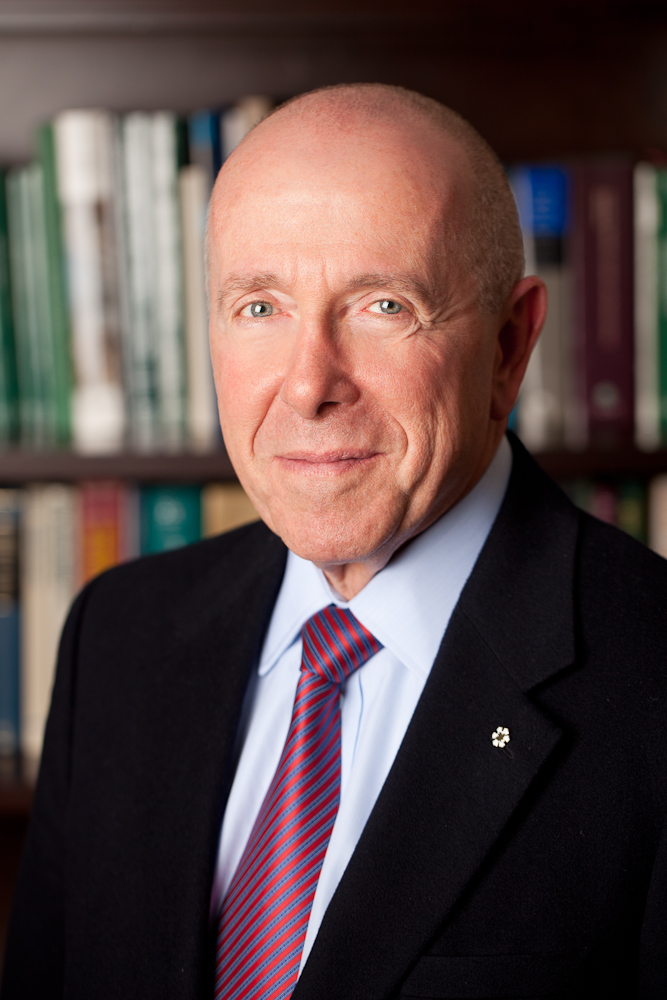 Lawrence Tanenbaum has extensive experience as an operating executive and private equity investor and is Chairman & CEO of the Kilmer Group’s principal holding company, Kilmer Van Nostrand Co. Limited (KVN). He also has a distinguished record of public service to a variety of organizations.

In recognition of his contributions in the areas of philanthropy, business and volunteerism, Mr. Tanenbaum was appointed an Officer of the Order of Canada on October 25, 2007. The Order of Canada is the centrepiece of Canada’s honors system and represents its highest civilian award.

From 1968 to 2000, Mr. Tanenbaum was President & CEO of KVN. Under his direction KVN developed into a multi-faceted civil engineering construction company with operating divisions and subsidiaries covering road building and paving, ready-mix concrete, aggregates, heavy construction, trucking and pipe manufacturing. The heavy construction operations included projects in Canada, the United States and South America and specialized in constructing subways, elevated transit system guideways, bridges and tunnels including the design-build of the Toronto Zoo elevated transit system, the elevated transit system in Miami and subways in Caracas, Atlanta, Calgary and Toronto. In 1984 this unit was merged with Canadian Foundation Company Ltd. which itself was later merged with Bannister International. From that time through December 2000 Kilmer’s road building, paving and aggregates operations were conducted through Kilmer’s wholly owned subsidiary, The Warren Paving & Materials Group Limited.

Mr. Tanenbaum served as Chairman of Warren, which, until its merger with Lafarge North America, was Canada’s largest national asphalt paving company with operations serving approximately 44 communities. Warren’s activities also included major commercial aggregates operations, liquid asphalt trading and distribution and road maintenance. In December 2000 Warren was merged into Lafarge North America Inc., North America’s largest diversified construction materials company and supplier of cement, aggregates and concrete, and other materials for residential, commercial, institutional and public works construction in the United States and Canada. As a result of this merger, Kilmer became a significant shareholder in Lafarge NA, and Mr. Tanenbaum served on the Board and chaired its Finance Committee until the 2006 buyout by Lafarge SA.

From 1975 to 1994 Mr. Tanenbaum served on the Board of Directors and the Executive Committee of CUC Broadcasting Limited in which Kilmer was a significant shareholder. At the time of its sale in 1994 CUC was Canada’s fifth largest cable company. CUC was also a key participant in the introduction of cable television in the United Kingdom. Other operations included paging, publishing, satellite, and radio broadcasting.

Kilmer also has or has had significant investments in various sports-related entities, including Insight Sports Ltd., a leading sports media company involved in the creation, production, and broadcasting, on all platforms, of sports and related lifestyle content and which itself had investments in several Canadian specialty television services including The NHL Network, Score Media and the World Fishing Network (WFN).

In June, 2012 Mr. Tanenbaum was awarded an honorary degree of Doctor of Laws by the University of Toronto.  He was inducted into the Ontario Road Builders’ Hall of Fame in February, 2013 and was the recipient of the 2015 Region Builders Award from the Toronto Board of Trade in January, 2015.

Mr. Tanenbaum has a Bachelor of Science degree in Economics from Cornell University (1968).